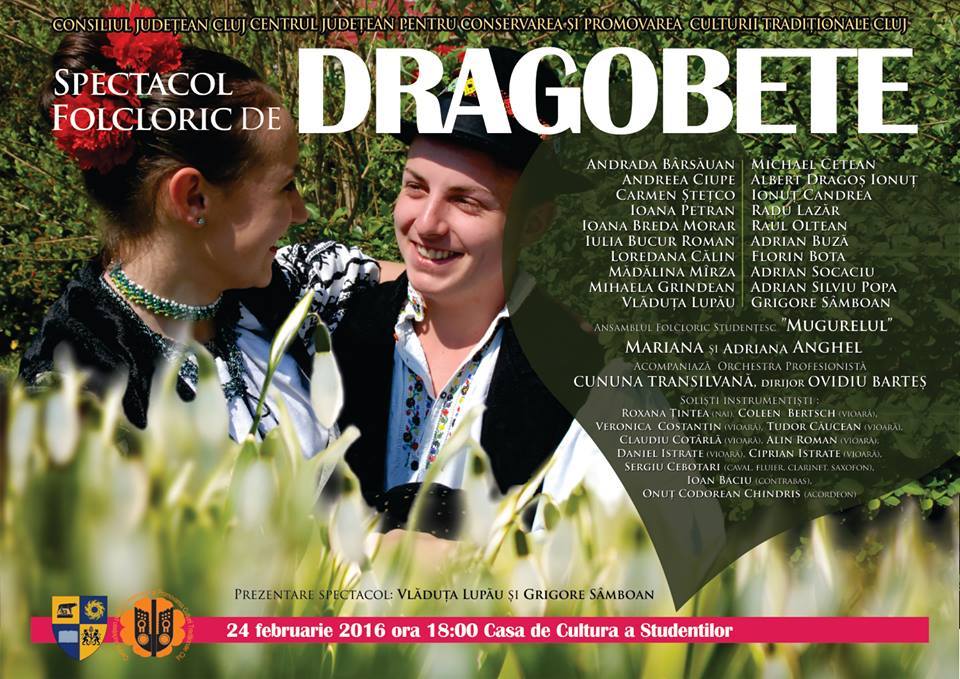 Every year on February 24th, the Center for Conservation and Promotion of Traditional Culture sponsors a performance of young soloists in celebration of the pagan mythical character Dragobete, the Guardian of Love. This year, as a gesture of kindness and inclusion, the Center’s ethnomusicologist Mircea Câmpeanu and manager Marinela Zegrean invited me to take part as a Dragobete soloist.

It was a generous offer and tremendous opportunity. I not only performed on stage in front of a large audience with the fantastic orchestra Cunana Transilvană, but I also learned more about my own musicality. You can read more about that in my earlier blog post, Sounding Romanian: What’s behind musical accents?

The performance took place at the Students’ House of Culture (Casa de Cultura a Studenților) in Cluj. Cununa Transilvană is directed by the incomparable Ovidiu Barteș, and my song, an învârtita from Satu Mare, was orchestrated by Veronica Costantin under his tutelage. I thank AutenticFolclor for video taping the concert. You can watch the concert in its entirety at Folklore Autentic’s YouTube playlist called Dragobete 2016.